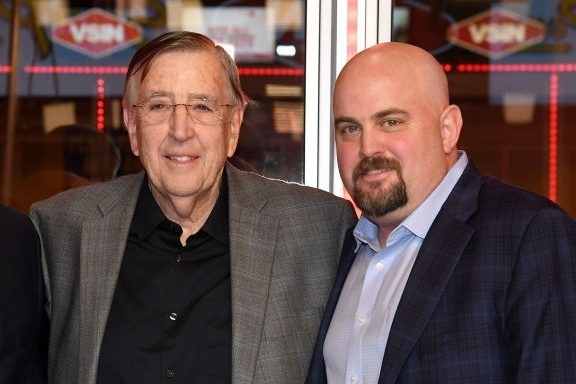 Before those overtime victories by New England and the Los Angeles Rams, home teams had won 10 titles in a row. I am calling for a return to the norm this year but for only one of our new champions to cover the spread.

For underdog lovers, the Titans are the flavor of the playoffs. I cashed tickets backing them against the Patriots and then last week against the AFC’s No. 1 seed, the Baltimore Ravens. I’m tempted, because the Saturday divisional playoff winners are 5-1 ATS on Championship Sunday the last three years. The Titans fit that description.

Patrick Mahomes has convinced me otherwise. Broadcasting from the Raiders’ radio booth the last two years, I have watched Mahomes demonstrate why he’s the NFL’s No. 1 quarterback. In dominating K.C.’s four victories, Mahomes threw for 1,194 yards and 11 touchdowns to seven receivers. The Chiefs outscored the Raiders in those four games 143-55.

Titans backers love to point out that they beat the Chiefs in Week 10 in Nashville and that when championship games are rematches, the winners of the first games are 6-1 over the last five years. Strong stuff. But in that wild 35-32 loss, Mahomes threw for 446 yards and three touchdowns.

Mahomes is the real deal, and I believe he would have played in the Super Bowl a year ago had the Patriots not won the overtime coin flip and scored a touchdown, ending the game before the Chiefs got a fair chance. (Yes, I hate the overtime rule.)

Derrick Henry has been fabulous for Tennessee, and I’m predicting he’ll rush for 150 yards. Ryan Tannehill is the comeback quarterback of the year. Mike Vrabel is the AFC coach of the year. But Mahomes and the Chiefs will rule the day.

Another rematch. But for this game, the first meeting was far more convincing.

The 49ers embarrassed the Packers 37-8 on the Sunday night of Week 12. For this title game, I’m listening to the rematch stat in championship games, the one that strongly points toward the first game’s winner repeating that earlier triumph.

The 49ers proved an easy cover last week against a Minnesota team on short rest. I did sweat out the Packers’ win over Seattle because Russell Wilson never exits quietly.

One big edge for the Packers: quarterback. Aaron Rodgers is a future Hall of Famer. Jimmy Garoppolo remains a work in progress.

Rodgers’s primary target is Davante Adams, who has 35 receptions for 472 yards in the Packers’ last four games. But in that earlier meeting against the 49ers, Richard Sherman held him to 43 yards.

As Jimmy the Greek would have said, this rematch features an intangible. Green Bay coach Matt LaFleur’s brother, Mike, is a member of Kyle Shanahan’s 49ers staff. If brothers think alike, did Mike’s input help the 49ers stomp the Packers earlier?

Whether Rodgers has forgiven his boyhood favorite NFL team, the 49ers, for selecting Alex Smith as their quarterback instead of him in the 2005 draft, I have no idea. But like Don Corleone in the “Godfather” classic, I can imagine Rodgers saying, “Revenge is a dish that tastes best when it is cold.” (Editor’s note: That is the quote. He did not use the word “served.”)

Perhaps cold enough after 15 years, and Rodgers is the reason I’m not giving 7½.